The Trail Network of Elliniki Etairia

Elliniki Etairia – Society for the Environment and Cultural Heritage (ΕΛΛΕΤ) is implementing the award-winning project “Paths of Culture”, to restore and construct networks of trails in Greek mountainous areas and islands.

Patmos Island. Patmos possesses a rich network of old footpaths, which join the various settlements with one another and with the Monastery, as well as with the island’s many monastic establishments and hermitages. Elliniki Etairia – Society for the Environment and Cultural Heritage, in collaboration with the Municipality of Patmos and with the active involvement of the island’s schools, is implementing the project “Paths of Culture”, by carefully selecting and signposting a series of walks, thus giving visitors the opportunity to discover the island’s natural beauty and monuments in a healthy and eco-friendly way. After considerable research and contacts with historians and folklorists, local and foreign, 8 trails were chosen.

Arcadia – Menalon Trail. More information on the page of the network overview

Aegina.In cooperation with the Municipality of Aegina, the Syllogos Energon Politon Aiginas (Association of Active Citizens of Aegina) and the Syllogos ANAVASI (ANAVASI – Greek Cycling and Hiking Association of Aegina), a network of the programme PATHS OF CULTURE is ongoing on the island. The network includes 8 hiking trials and a MTB ride.
The routs are:

Sikinos Island. The landscape of Sikinos is bare and imposing and here the authentic beauty of the Aegean has been preserved unspoiled. Elliniki Etairia – Society for the Environment and Cultural Heritage, in cooperation with the Municipality of Sikinos, has undertaken the implementation of the project “Paths of Culture”, selecting and signposting a network of paths and offering the visitor the chance to discover, as well as protect, this primeval landscape.

More information on Paths of Culture

Mountainous Corinthia-Psari.Psari in Mountainous Corinthia is a bare mountain landscape with a rich history stretching from ancient times till the present. After its complete destruction by the Nazis in 1944, Psari revived and relying on its rich traditions has continued its journey into the future. Elliniki Etairia – Society for the Environment and Cultural Heritage, in cooperation with the Municipality of Sikyonia / Local community of Psari and the Cultural Association of Psari, has undertaken the implementation of the project “Paths of Culture” with the selection and signposting of a series of routes offering the visitor the opportunity to discover and protect the beautiful mountainous agricultural land, with its virgin nature and historical vineyards.

Marathon.Marathon has many areas of natural beauty and of particular archaeological and historical interest. The “Paths of Culture” connect the history and nature of the region. Elliniki Etairia – Society for the Environment & Cultural Heritage in cooperation with the Municipality of Marathon and Management Board of Schinias Marathon National Park (MBSMNP) and with the participation of schools in the Municipality of Marathon-Nea Makri, is implementing the project “Paths of Culture”: the selection and signposting of a series of paths for walkers and cyclists, offering visitors the opportunity to discover the natural beauty and monuments of the area in a healthy and eco – friendly way.

Epidaurus. In cooperation with the Municipality of Epidaurus, a network of the programme PATHS OF CULTURE is ongoing in the area. 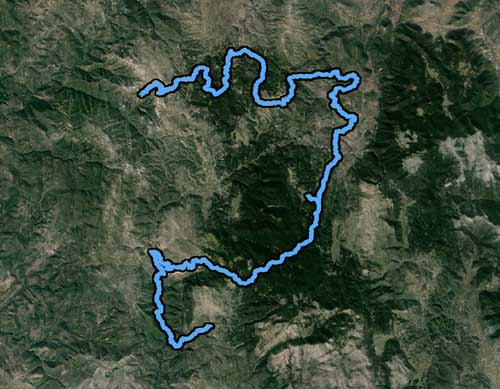 From Stemnitsa to Lagkadia
75 km of nature and history.