The section Dimitsana-Zigovisti ascends from the Lousios valley to the outskirts of the fir forest. The trail head starts in

Dimitsana and passes next to important historical buildings like the Library.

Heading out from the settlement, take the footpath that ascends gently and arrives on the first plateau, intersecting a dirt road and the church of St. Paraskevi. This location offers splendid views of the median basin of Lousios river with the settlements of Dimitsana, Paliochori and Zatouna standing out in the wooded landscape. The route to Zigovisti follows a succession of footpaths and dirt roads winding a plain of old fields, a landscape tamed yet without spatial references, the only clear landmark in this area is the small monastery of St. Apostoli, a dependency of the important and historically significant Emyalon Monastery. The paved path heading to Zigovisti meanders through a long array of big threshing floor. Reach at last the Immortals Memorial, the guard of Theodore Kolokotronis, leader of the 1821 Independence War and right after enter the centre of Zigovisti. The memory of the battles, the sacrifices and the heroes of the Greek independence war of 1821 have imbued this small yet historically significant village with a great sense of patriotic pride. The route is well waymarked with . On every junction there are 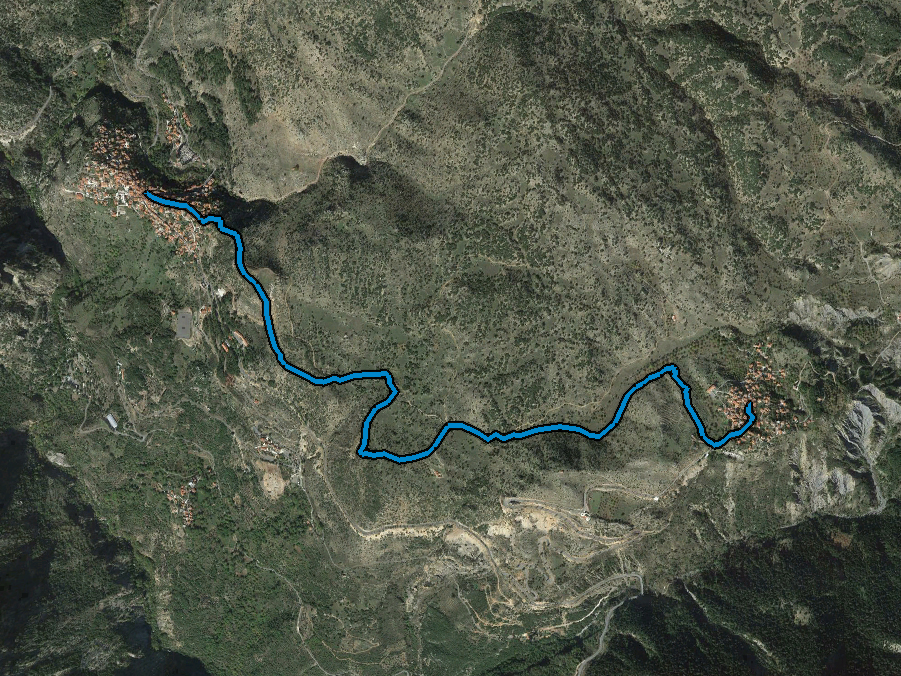 Ideal for : hikers, not for families with babies

Ideal Period of the Year: May to September 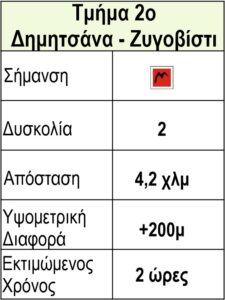 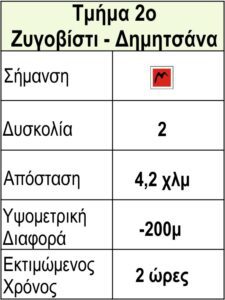