From Andros and Amorgos to Epirus and newcomer Arcadia, representatives of hikers’ associations got together in the Peloponnese village of Vytina over the weekend for the 1st Greek Trails Conference, where they exchanged know-how, ideas and best practices with their European counterparts during the parallel 3rd European Leading Quality Trails meeting.

The two-day event kicked off with the official certification of the Menalon Trail (named after the mountain range in the region), an eight-path network spanning 75km of Arcadia forests, valleys and rivers, the presentation of a legal framework covering technical specifications for the design, mapping, operation and maintenance of mountaineering and trekking paths by the environment ministry and the announcement of a hiking guide studies program in Stemnitsa.

The footpath network is the first in Greece to receive European certification and be placed among the Leading Quality Trails – Best of Europe, “offering nature lovers and hikers across the globe the guarantee that their needs will be met and safety be ensured”, the man behind the initial idea, Yiannis Lagos, told GTP Headlines in Vytina.

“We are happy with the turnout which is a first step in the right direction as representatives from Greece and Europe had the chance to network, exchange know-how and take active steps towards the establishment of the Greek trails officially,” he said. 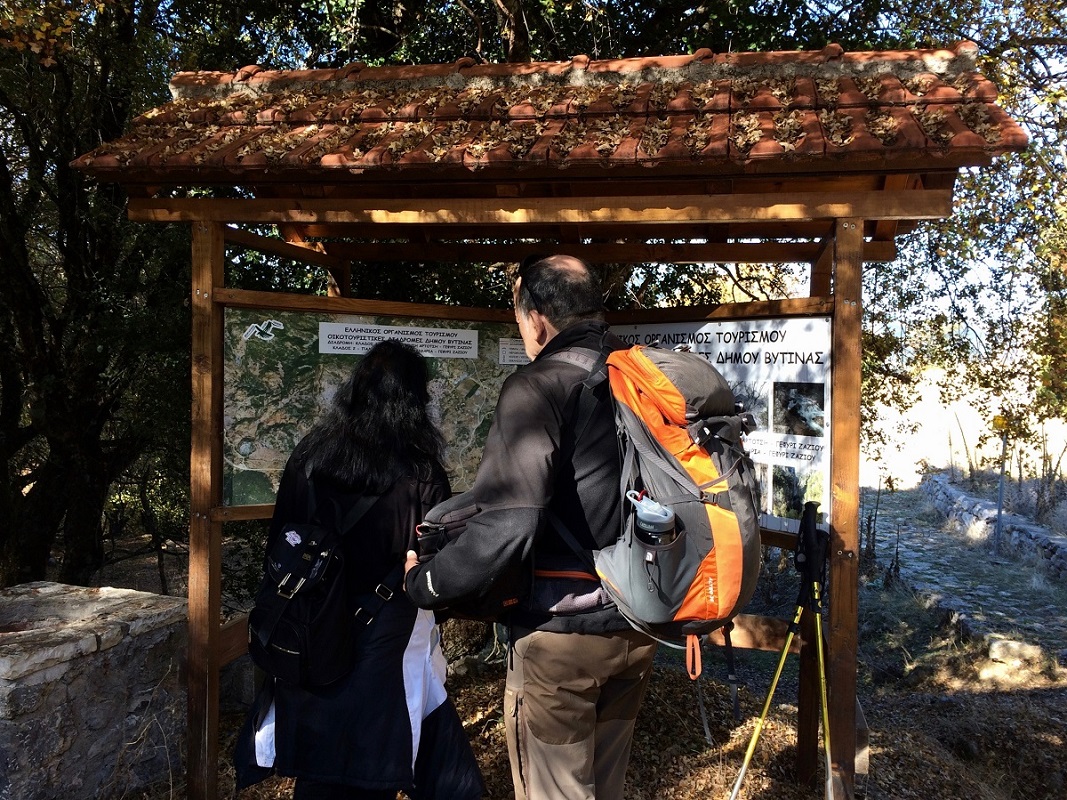 Hikers study a special map of the Menalon Trail route ahead of their trek in the Greek countryside.

Not one to mince his words, Lagos told GTP Headlines that the certification of the Menalon Trail network sends out a strong message to all those who stood in its way. “This project was completed with the hard work of volunteers. The European Ramblers’ Association (ERA) and the Leading Quality Trails certification (LQT) is not a private initiative but an internationally recognized entity giving its official stamp of approval… there is no space now for hesitation or small talk.”

The Menalon Trail is the first in Greece to receive LQT certification, which includes strict criteria and ratings/grading of infrastructure, landscape, cultural points of interest, accurate mapping and signage in order to guarantee a high-quality and safe walking experience.

“The potential for Greece is great. You had, have and will continue to have great natural resources, and now, certification paves the way for hiking as a tourism product… with effective promotion Greek trails can bring in the crowds,” says Boris Micic, the head of the European Ramblers’ Association (ERA), which consists 59 walking organizations from 34 European countries and some 3 million individual members. 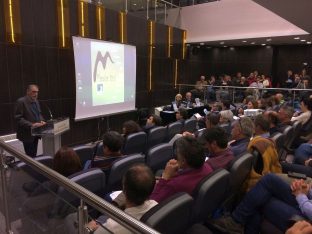 In the meantime, the more Greece becomes a destination offering alternative forms of tourism such as hiking, trekking and climbing, the more it can extend its tourism season beyond the traditional summer months.

“Tourism professionals in the region have already in the last two years seen an increase in business activity in autumn,” Gortynia Mayor Giannis Giannopoulos told GTP Headlines.“These footpaths were once the main mode of transport of our ancestors, they best convey our natural habitat and culture and they now stand out as alternative forms of tourism providing professionals in the region the incentive to support sustainable tourism,” Giannopoulos adds.

As for local sector professionals, more and more are beginning to embrace the idea. Several hoteliers and shop owners told GTP Headlines that September and October were “very good months with plenty of visitors”.

Many thanks to all those involved in completing the questionnaire of the postgraduate thesis on Menalon trail. The results are very interesting and will soon be uploaded to the site.